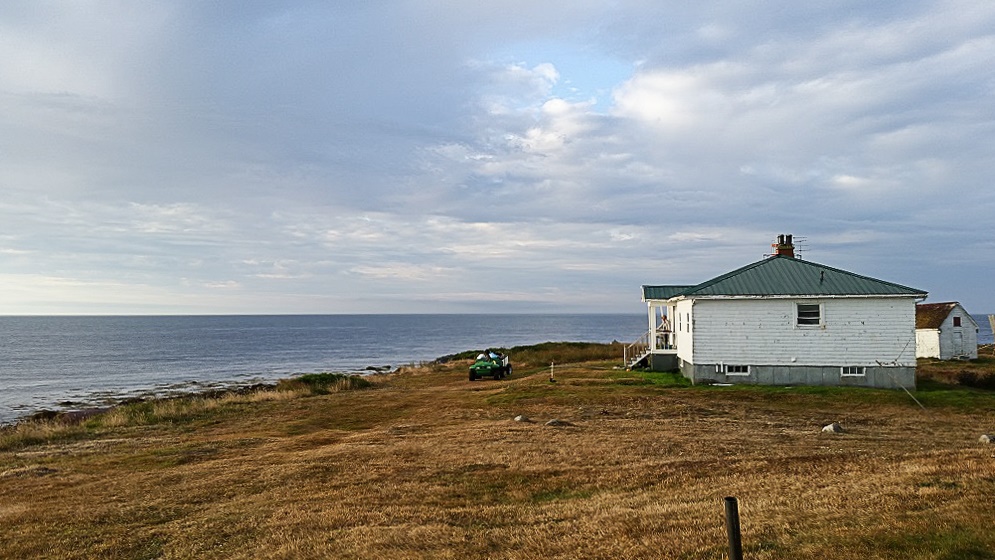 Bon Portage Island (Outer Island on many maps) is owned by Acadia University; the Department of Biology maintains the Island and offers a Natural History Field Course. Acadia and Nova Scotia Nature Trust negotiated an easement to permanently protect the property from development.

The Importance of a Field Course

The Island can be circum-walked in a few hours. It is low-lying and is surrounded by rich beds of marine algae (identified by the Natural Research Council as being among the richest in Nova Scotia). The rocky intertidal zone gives way to a cobblestone barrier beach with beach ponds and a large intertidal lagoon. The bulbous north and south ends of the Island are dominated by spruce-fir with a ground flora reminiscent of coastal Newfoundland. The habitat in the narrow waist, "The Fen", contains many small ponds and channels, and is elsewhere densely vegetated with shrubs, sedges, and grasses. In sum, the Island has a rich diversity of ecozones, and consequently a rich diversity of vegetation, in a relatively small area.

Birds on the Island include a nesting colony of ~50,000 pairs of Leach's storm petrels, a small colony of herons (including black-crowned night herons), large gull and duck populations, abundant migratory shorebirds, and a few owls. Mammals include abundant masked shrews and meadow voles, and a few snowshoe hares and white-tailed deer.The petrels nest in burrows, and nestlings can be "grubbed" out.

When broken pieces of marine algae get washed up on shore, they begin to decompose. Fly (Diptera) larvae are important in starting the biological breakdown of this important food source. A whole community of invertebrates arrives to feed on the fly larvae and shrews come down to the shore to feed on the invertebrates. When these predators return from the shore and move to the inner island, they transfer large amounts of energy into an ecosystem that would otherwise be much less productive. Additional predators on the invertebrates are migratory shorebirds and a few enterprising songbirds. Eventually, a high tide reclaims the decomposed wrack, taking with it a pulse of nutrients that stimulates the whole marine food chain. This pulse is very important to local lobster and inshore fish productivity. If you're lucky, you'll get a chance to explore this ecosystem up close when the slip gets covered after a storm.

The Island was formerly the home of Evelyn and Morrill Richardson, who were lighthouse keepers for 35 years. Evelyn Richardson wrote six books and numerous articles. “We Keep a Light” won the Governor General's Award for Creative Non-fiction in 1945, and “Desired Haven” won the Ryerson All Canada Fiction Award. “Living Island” is a delightful account of the natural history of Bon Portage during the changing seasons. In 1964, the Richardsons retired to the mainland, but with the assistance of Willet Mills, a prominent Halifax business man and naturalist, title to the Island was given to Acadia University. Dr. Harrison F. Lewis, the first chief of the agency that was to become the Canadian Wildlife Service, was a friend of the Richardsons and also helped them conserve the Island for the study of natural history, ecology, and wildlife management.

Currently, the Island is maintained by funding that comes primarily from an endowment generously provided by the Chipman family, from the Nova Scotia Department of Natural Resources, from the Department of Biology of Acadia, and from visitors. In 2007, Dr. Andy Blackadar generously donated a new wood stove to the cause.